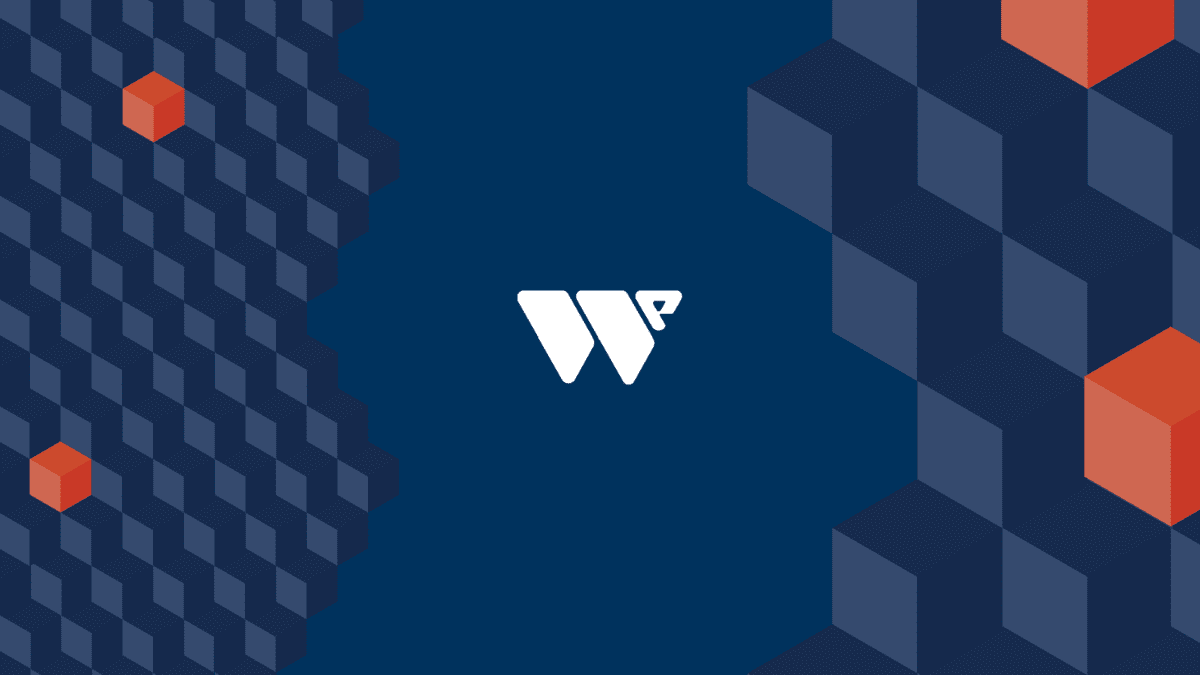 Is GPU mining still worth it?

This blog post first goes through the basics of cryptocurrency mining and then more about the current situation of the industry and where the focus will be on GPU mining. Here are some of the vocabulary that might help you while reading this blog.

Hash – A fixed-length string of characters that can be derived from any input.

ASIC – Application Specific Integrated Circuit, a type of computer chip that specializes in doing only one operation.

In short: to provide security to the network and solve coin distribution. But to take back a few steps let’s first go through what “mining” means. No pickaxes or shovels are required in this context. One only needs computer hardware to take part in cryptocurrency mining. Hardware has only one job in this context –  to be the fastest in the network to find a solution to a calculation. The calculation is made so that you can only do it by guessing, so the advantage of increasing computing power only increases the probability of finding the solution faster and not finding it fastest every time.

A bit of history. Originally Cynthia Dwork and Moni Naor introduced Proof of Work (PoW) as a mechanism to require computation to access resources. The idea was to prevent unnecessary access or make it harder to do email spam. A bit later Adam Back came up with a similar idea called “hashcash”. In short, the idea was to require computation as a payment to send an email. Later on, anonymous Satoshi Nakamoto published the Bitcoin white paper where PoW was used as a security mechanism and as a way to release new bitcoin into circulation. The term “mining” was popularised as the mechanism was assimilated in the white paper with gold mining: “The steady addition of a constant of amount of new coins is analogous to gold miners expending resources to add gold to circulation”.

You can try out yourself what the hardware does. Here is one example:

For example, my name’s first solution is “Heikki Hiltunen25”. You can verify that my solution is correct by typing it in (without quotes and capital letters included) and checking that the hash below really starts with a 0.

The method for miners is the same but the difficulty is much higher. Currently, Bitcoin miners require 19 zeros at the beginning of the hash for the answer to be valid.

It takes a huge amount of computation to come up with the answer but once solved others can verify the answer easily.

Instead of hashing their name, the cryptocurrency miners hash specific data: the hash of the previous block, new transactions, and a nonce. The miner who solves a valid hash first gets to add the next block into the chain of blocks and is rewarded with new coins. Every miner then starts over and tries to be the first to create the next block. The difficulty (amount of zeros required at the beginning) scales based on the time between blocks. This is how for example Ethereum can have approximately 15 seconds between every block even though the computing power of the network changes over time.

Picture of contents in a block: Bitcoin white paper

The security comes from the inclusion of the previous block’s hash in every block. Hashes work so that the result changes completely even if just a single bit is changed in the information that is being hashed. This makes it so that if any information is changed in the past blocks, every block after that gets invalidated as they no longer have the required amount of zeros at the beginning of the hash. So if an attacker would like to change a past transaction they would have to mine every block again that comes after the change they made.

Even though Bitcoin miners have more computing power compared to Ethereum miners they can not attack Ethereum blockchain even if they wanted to. This is because the specialized hardware called ASICs, that are used for Bitcoin mining, are created to only solve the SHA256 hash algorithm. Ethereum uses its own Ethash algorithm that is designed to be solved with graphic cards. This made it easier for anyone to take part in the security of Ethereum with widely-available consumer hardware. Nowadays companies have created Ethash specialized ASIC machines but consumer graphic cards are still competitive in Ethereum mining.

Coins are required for the usage of a public blockchain to prioritize what data gets in it. But how to fairly distribute the coins to the users? Proof of Work (PoW) is one of the used mechanisms for this. In PoW the amount of coins received is proportional to the amount of security provided to the network. The security is measured by the amount of work, meaning computation power, that is provided by the user. On a large scale, PoW forces these security providers to sell some of their coins to cover the costs of their operation. This enables the users of the blockchain – who want to use coins but not take part in security – to buy them from the ones that provide security.

Would some other method of coin distribution be better?

One way would be to give an even amount of coins to everyone. The problem is that someone could create multiple identities to gain an unfair advantage. One way to prevent this would be to require proof of identity from everyone. This would then require a trusted third party to validate the identities of everyone. This would create centralization into the system which public blockchains usually try to minimize. Another way to reduce the use of multiple identities is to do the distribution suddenly. For example, a decentralized finance project called Uniswap managed to distribute their initial supply of tokens to the users of their platform using this method.

Similarly to PoW, Proof of Stake (PoS) distributes new coins proportionally to the amount of security provided to the network. In PoS this security is measured by the number of coins put at stake by the user. In theory, if there were only a few users at the beginning and they were not willing to give out coins to anyone else. No one else would be able to provide security or get new coins in this blockchain. This is why the initial distribution of coins is critical in a public PoS-based blockchain. Many projects default to selling the initial coins to investors. This is not always very decentralized since in many cases there are limits on who can participate in these early sales of the coins.

The current state of GPU mining

Shopping around for a new graphics card for a computer has been a nightmare during this year. More people upgrading their computers combined with global chip shortage, and growth in popularity of mining shot up the prices of GPUs. For miners, this has meant a longer period of time for the graphics card to pay off the initial investment. If all the factors stayed as they are now, the pay-off time would be from around half a year to one year.

In traditional investing this speed of return on investment (ROI) is not usual. Even in the technology sector, the average yearly ROI is 22,54%. So how big has the GPU mining industry got if it is so profitable?

The Ethereum mining industry alone is nothing to scoff at, currently generating 33 Million euros (worth of ETH) of revenue every day which implies ~12€  Billion yearly. To give context, that is on par with the biggest Finnish companies such as Neste, KONE, and US-based graphics giant NVIDIA. There are big Ethereum mining operations that rely on the income from GPU mining.

There are dozens of options available for GPU miners other than Ethereum. The second biggest revenue in GPU mining comes from Ravencoin at 285 Million euros per year. Total yearly revenue for the top-6 excluding Ethereum is a bit under 800€ Million (ETC, RVN, ERG, CFX, BTG). When looking at data of different coins that can be mined with GPU it can be estimated that the rest of the industry is under one-tenth the size of Ethereum mining in revenue and invested computing power. While there are many options, there is no competition when it comes to the first place. But there will be.

Total disruption and some speculation

Ethereum will step down from PoW with the EIP-3675 upgrade. This potentially changes the total revenue of the GPU mining industry from ~13€ Billion to ~1€ Billion overnight. If the revenue coming from other coins does not increase and all the miners switch to mining them. It would mean that their pay-off time for equipment would increase by 13 times. This would make it unprofitable for many to continue mining and force them to sell equipment. This can affect the GPU mining industry drastically and graphics cards used by miners might flood the markets.

In one possible scenario, miners could decide to keep PoW Ethereum alive by creating another version of it where they can continue as if nothing happened. This new Ethereum would only have as much value as there is usage for it. So if most of the users migrate to the real PoS version of Ethereum, there might not be much in it for the miners who attempt to keep PoW Ethereum alive. Even in this scenario, the total revenue for GPU miners would most likely go down by a lot.

Also, one possibility is that other coins that rely on GPU mining would increase their mining revenue. This would require growth in usage for these blockchains and that way generate more demand for these coins. One of these coins could grow big by becoming the safest blockchain that uses GPU mining for protection as Ethereum is stepping down from this position. Some of the other big GPU mineable coins today are Ethereum Classic, Ravencoin, Ergo, and Conflux. While this is certainly not investment advice, I would not be surprised if some of these coins start to rise when Ethereum migrates to PoS.

When is the migration?

For many years the Ethereum Proof of Stake migration was always one year away. This time it has switched to being only half a year away for some time. Currently, the upgrade is visioned to happen anywhere from January to June of 2022. Perhaps there is now more pressure than ever before for the migration to happen as other PoS blockchains are launching. More on this can be read in the Polkadot ecosystem deep dive post.

Whenever the migration happens it will be one of the biggest changes to happen in the GPU mining industry, maybe even in the whole cryptocurrency industry. Many factors will affect how it will play out, like the overall market conditions, the success of Ethereum up until then, and the collaboration efforts of miners. Perhaps it happens in the silence of a downtrend market but even in this scenario, it will have long-lasting effects for the future of GPU mining.